21 Most Popular December Global Holidays and Their Symbolism

by admin
in travel
0

December is unquestionably the most festive month of the year. The month is marked by all manner of events and festivals around the world, including religious, cultural, and even corporate events.

View Holidays of other months here:

This article explores the top nine most iconic December global holidays and their symbolism. 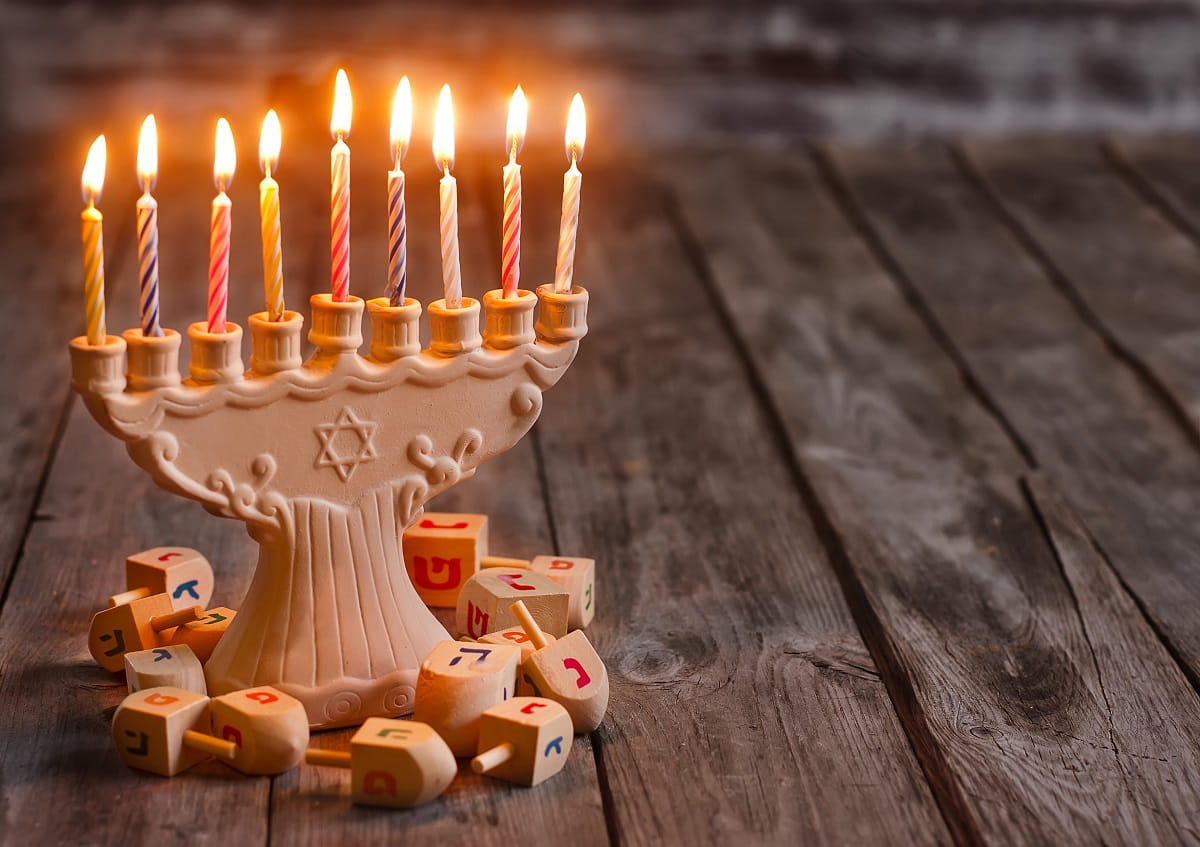 Why It’s Marked: Commemorating the re-dedication of the Second Temple in Jerusalem

Where It’s Marked: Israel and various Jewish communities around the world

Also known as Chanukah or the Festival of Lights, Hannukah is an 8-day Jewish festival that traditionally begins on the 25th day of the month of Kislev on the Hebrew calendar. There are usually variations on the exact day that Hannukah begins each year according to the Gregorian calendar. This year, the festival falls between November 28 and December 6.

Hannukah is a period to celebrate the re-dedication of the Second Temple of Jerusalem after the Maccabean Revolt. The celebrations include lighting of candles every night throughout the eight days. Hannukah is also marked by the singing of special songs, such as Ma’oz Tzur, as well as reciting of the Hallel prayer. Other popular Hannukah customs include eating oil-dried foods such as potato pancakes (also known as latkes) and jam-filled donuts (also known as sufganiyot). Celebrants also play with dreidels and exchange gifts. 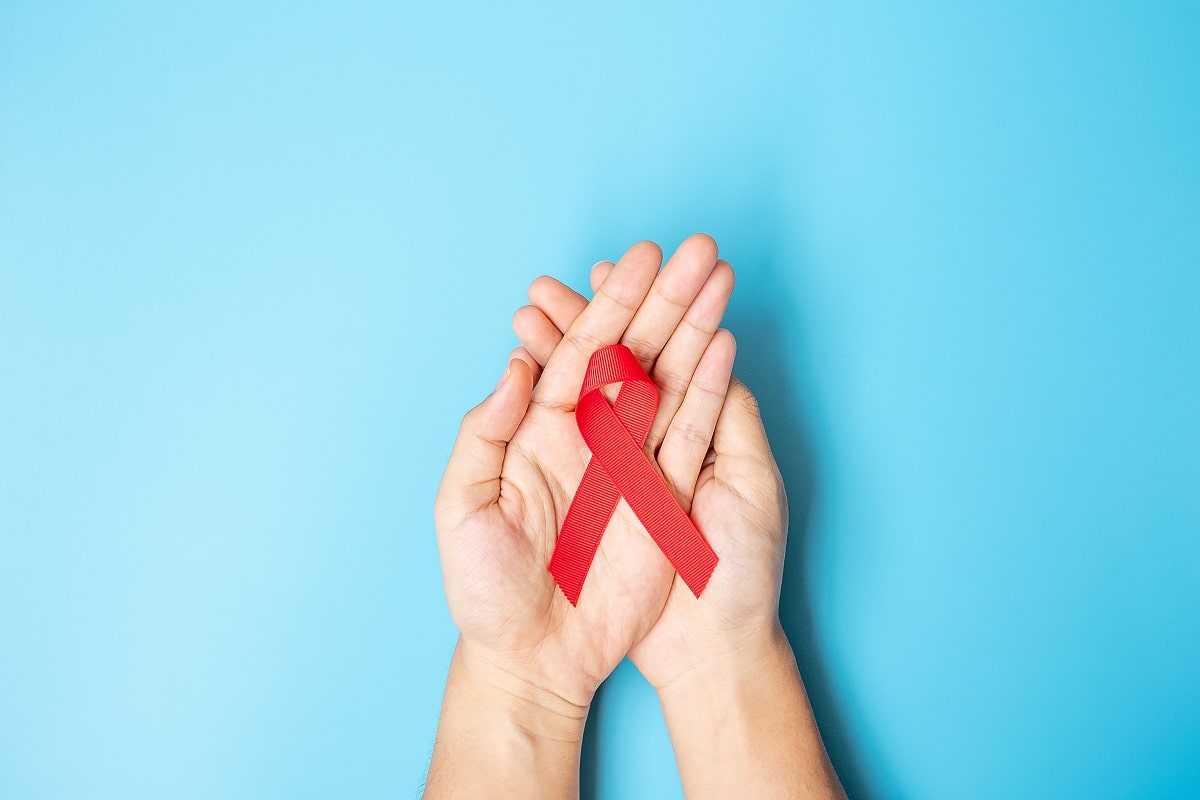 Why It’s Marked: To raise awareness on the scourge of HIV/AIDS

The idea of World AIDS Day was first conceived by James W. Bunn and Thomas Netter in August 1987. At the time, Bunn and Netter were working as public information officers for the World Health Organization’s Global Programme on AIDS. The following year, the first World AIDS Day was marked on December 1, which has remained the holiday’s official date. 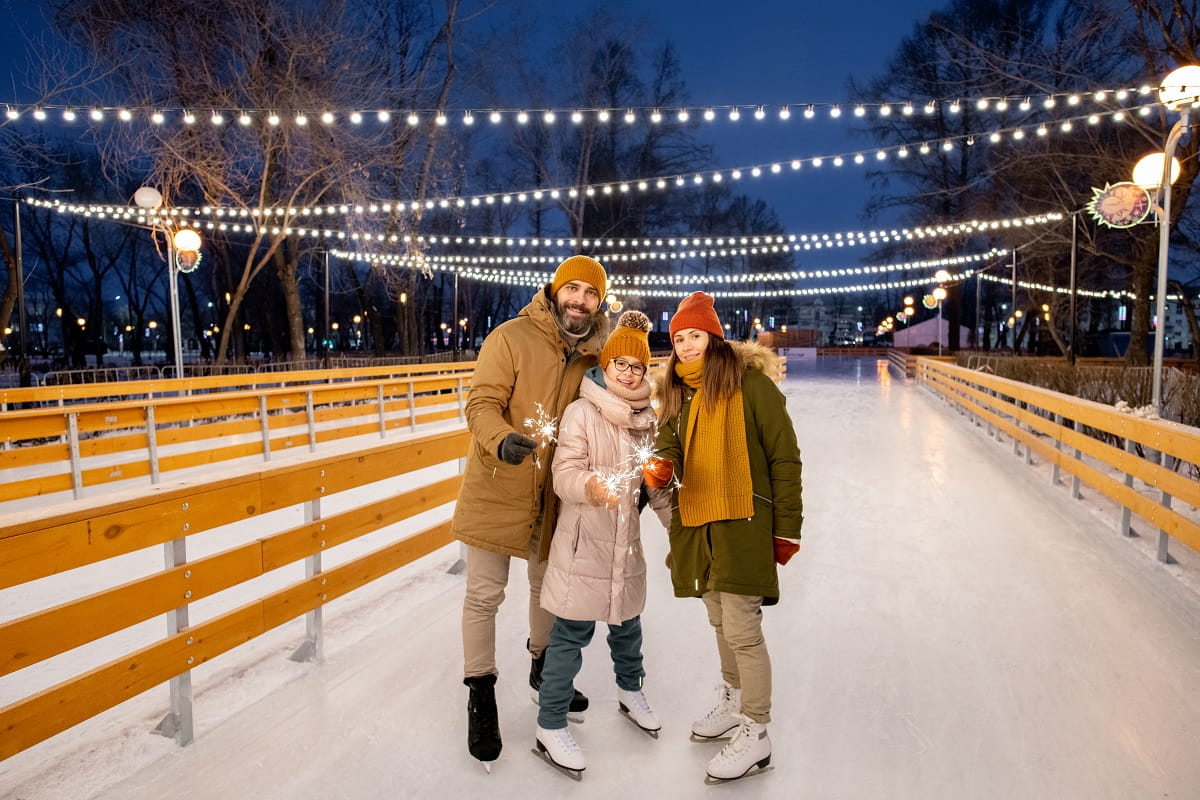 Why It’s Marked: To pay tribute to the Norse god Odin

Where It’s Marked: Germany and various German communities around the world

Yule, also called Yuletide, is a festival marked by Germanic people around the world. The festival has pagan roots and can be traced back to the Norse god Odin as well as the Anglo-Saxon festival of Modraniht. Yuletide technically falls within the Winter Solstice, making it one of the oldest and most popular winter celebrations in the world.

Ancient people marked Yule by lighting a huge log in a bonfire and spending the long night outdoors. Although the custom of log burning is still practiced today, most people also mark this occasion by building a Yule altar, making an evergreen Yule wreath, or giving back to Mother Nature. Candlelit dinners and Yule tree decorations are also common, as are exchanging of nature-based gifts. 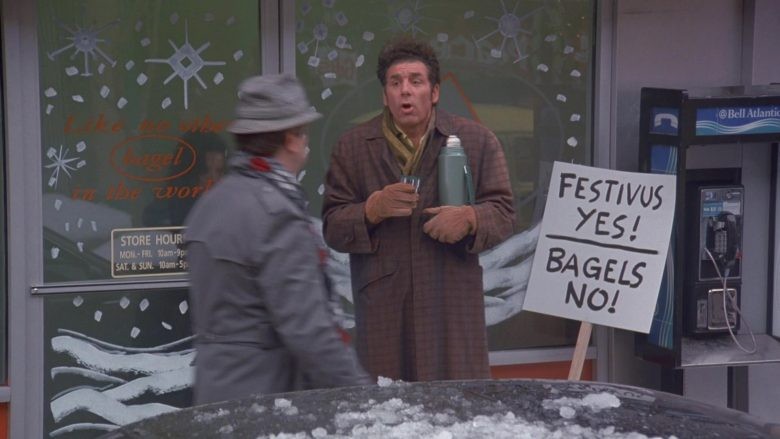 Why It’s Marked: To advocate against Christmas consumerism

Where It’s Marked: Worldwide, particularly in the United States

Festivus is a December global holiday that entered popular culture in 1997, courtesy of an episode on the Seinfeld show titled “The Strike.” The objective of this parody holiday is to speak out against Christmas consumerism. As opposed to purchasing expensive Christmas tree, Festivus is marked by standing around a plain aluminum pole. Other popular Festivus customs include “feats of strength” and “airing of grievances.”

Some pundits have lashed out at Festivus enthusiasts terming them as anti-conventional people with unreasonable views about Christmas and its true meaning. However, the holiday has continued to grow in popularity, especially among frugal spenders and minimalism advocates.

Related  10 Global Holidays That November is Famous For 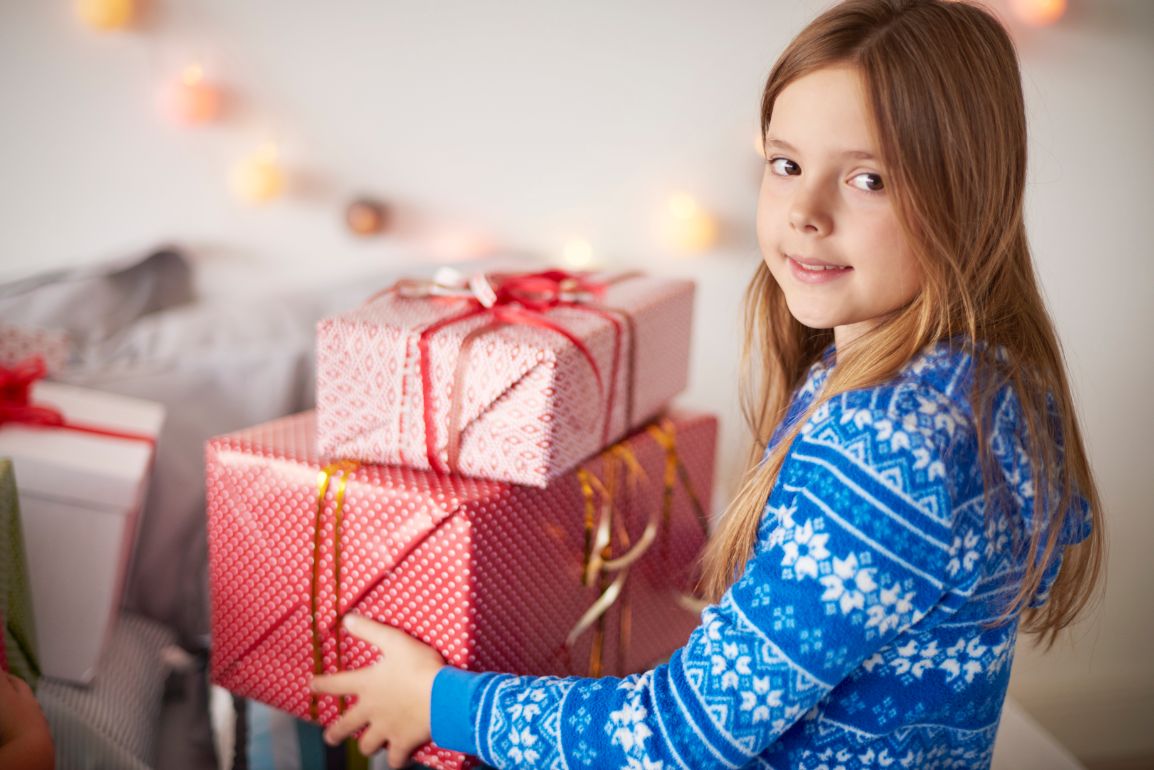 Opinion has always been divided on how Boxing Day came into being and how best to celebrate it. Some people believe that this was the official day when churches gifted alms boxes to the poor after Christmas. Others consider Boxing Day as the day to gift errand boys, postmen, and various kinds of servants, in appreciation for their service throughout the year.

Regardless of its symbolism, Boxing Day remains one of the most iconic December holidays. The date has since been declared a public holiday in numerous countries around the world, including Canada, the United Kingdom, Australia, and New Zealand. In these countries, Boxing Day is typically marked by organizing sporting events. 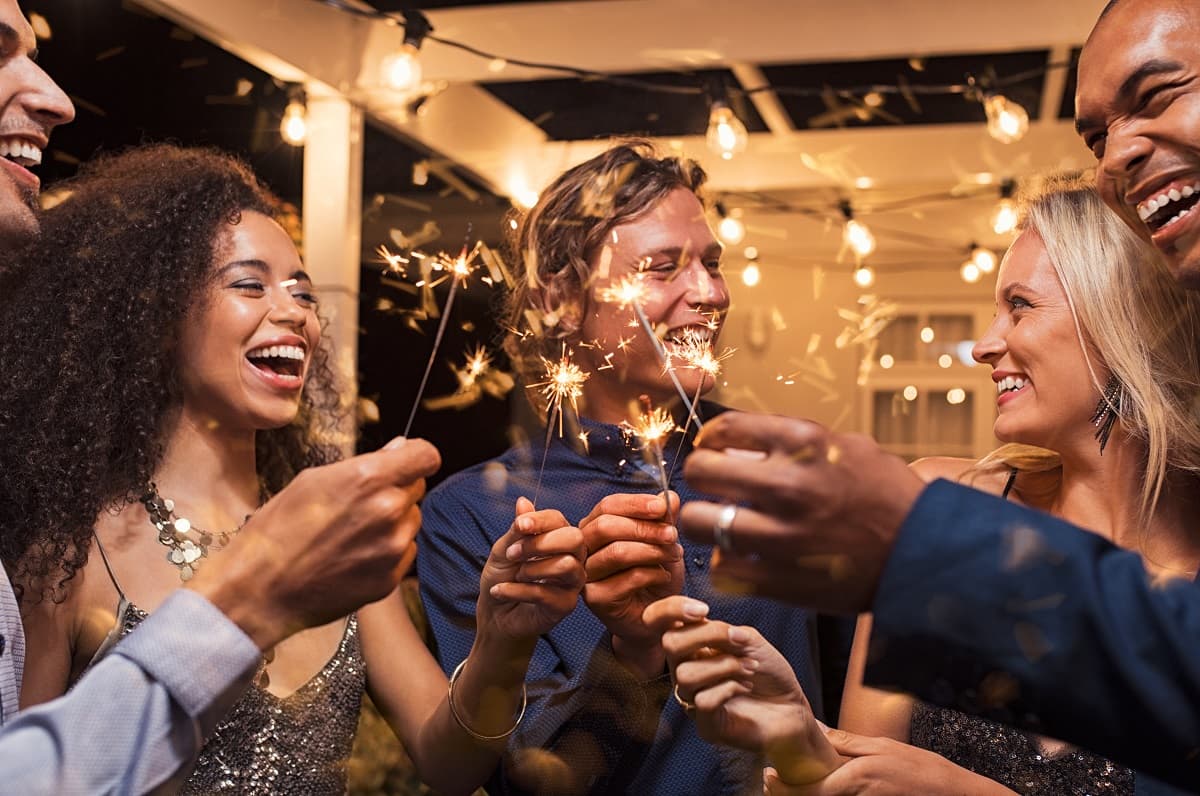 Why It’s Marked: To mark the end of the year

The last December holiday on this list also happens to fall on the very last day of the month. The purpose of New Year’s Eve is to mark the end of the old year as well as usher in the incoming year.

There are numerous ways to observe this day. Most religious people visit their places of worship to thank God for the blessings of another year. Other people observe New Year’s Eve in pubs, restaurants, and other social gatherings. The celebrations usually peak at midnight, where shouts of joy, songs, and fireworks rent the air.

Evidently, there’s a wide collection of December global holidays to help you wind up the year in style.

Remember, December isn’t just a month to treat yourself to the finer things in life. It’s also the perfect season to appreciate those who’ve truly made the ending year worth living by showering them with befitting gifts.

Therefore, it’s prudent to prepare yourself adequately for this season by saving enough money for it.

How A Bear, Tiger, And Lion Became Friends For Life

How A Bear, Tiger, And Lion Became Friends For Life

The Most Important Math Concepts Kids Learn in Pre-K